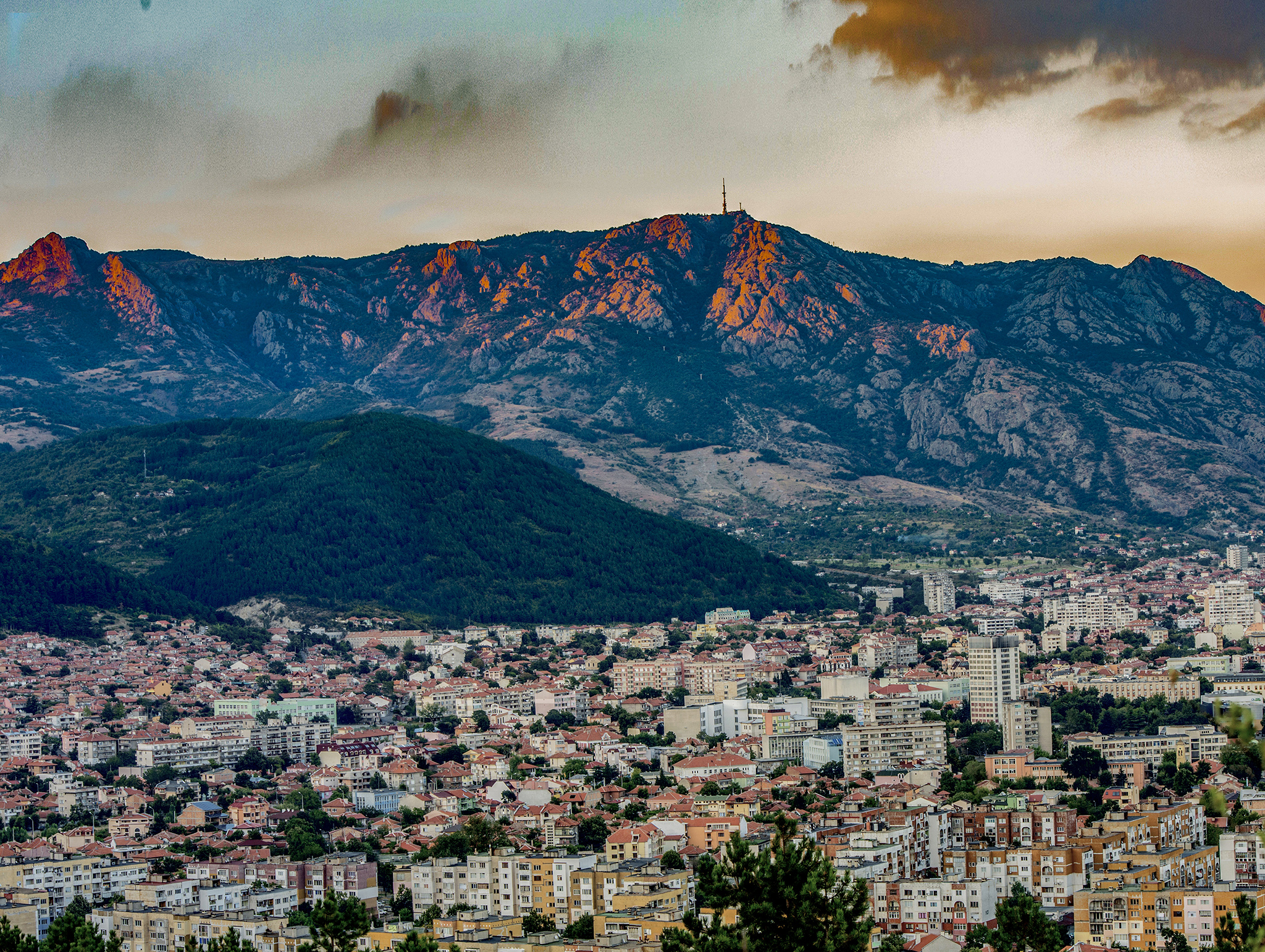 The generosity of nature toward Sliven is incontestable. The rocky massif "Sinite Kamani" (The blue stones), the fresh air, the abundance of water, the temperate climate, the mineral springs, the fruitful valley of the Tundja river and the plain of Sliven are only a small part of her gifts.

The area of the town has been inhabited for many centuries. History takes us back to the time of Thracians and then layer after layer we discover the presence of Romans, Slavs, ancient Greeks and we feel the spirit of the First and the Second Bulgarian kingdoms.

Our ancestors have established the town on a crossroads and this is one of the biggest advantages of Sliven, which has played a major role in the past and the present development of the town.

Sliven plays an important role in the economic life of Bulgaria. The first steps toward the industrialization of Bulgaria were made here, due to the geographic and historic circumstances in combination with the enterprise of the resident of Sliven called Dobri Jeliaskov. In 1834 he established the first factory for textiles on the Balkan Peninsula. It had a strong influence on the future development and the contemporary aspect of Sliven. Unalterable mark of the ancient history of the town is also its spirituality. A cult centre since high antiquity, the town has added a new sense to these functions during the early Christianity and the Middle Ages. Sliven was amongst the most significant spiritual centers in Bulgaria in the Renaissance. It is the birth place of the first Bulgarian poet Dobri Chintulov, the first Bulgarian artist who graduated academic education, Dimitar Dobrovich, of many notable Bulgarians whose names are related to the development of Bulgarian and the European science and culture, of the enlightenment activities and the economic development. In 1827, in Sliven was founded a school and in 1860 was established the community center “Zora”. Today’s contribution of Sliven to the cultural treasury of Bulgaria is remarkable. Many names of contemporary eminent artists and scientists are related to our town.

Since the early centuries of the Ottoman rule, Sliven and its region has become a centre of the haidouck movement – the most common form of resistance against the Ottoman yoke. Thus Sliven attained the fame of the town of a hundred voivodas. It is also known as the birth place of the national heroes Hadji Dimitar and Panaiot Hitov.

Contemporary Sliven combines both the functions of an economic and spiritual centre with these of a regional and municipal administrative centre.