More information about the project

The project «United Europe – Security, Solidarity and Stability For All» was funded with the support of the European Union under the Programme "Europe for Citizens"

Main objective of the project: Encourage the cooperation and twinning of the local authorities in Sliven (Bulgaria) with the cities of Nis (Serbia) and Bydgoszcz (Poland), uniting the efforts of the twinned citizens of these cities together to discuss the future of Europe and promote solidarity, in times of crisis, their joint cooperation in the economy, education, health, social activities, tourism and the arts, as well as intercultural dialogue and mutual understanding between them. To achieve this objective, the Sliven Municipality will organize within three consecutive days of the week an international meeting in Sliven (Bulgaria).

The motto of the international meeting will be "Europe - our common European home". The meeting will be in the period September 8 – September 12, 2019. Sliven Municipality as a leading partner will organize and carry out the following main activities:

Participants in the meetings and forums will be representatives of local institutions and organizations, culture and the arts, education, business, representatives of commercial companies and chambers, youth, non-governmental organizations and embassies and citizens from partner countries. More than 262 participants from 3 European cities (Sliven, Nis and Bydgoszcz) from 3 European countries (Bulgaria, Serbia and Poland) will participate in the project activities. Of them over 162 will be citizens of Serbia and Poland.

As a result, partnering agreements will be prepared and signed, contacts and good practices will be exchanged, ideas for future joint projects will be discussed. 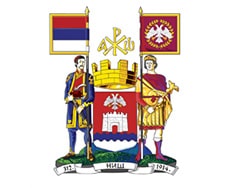